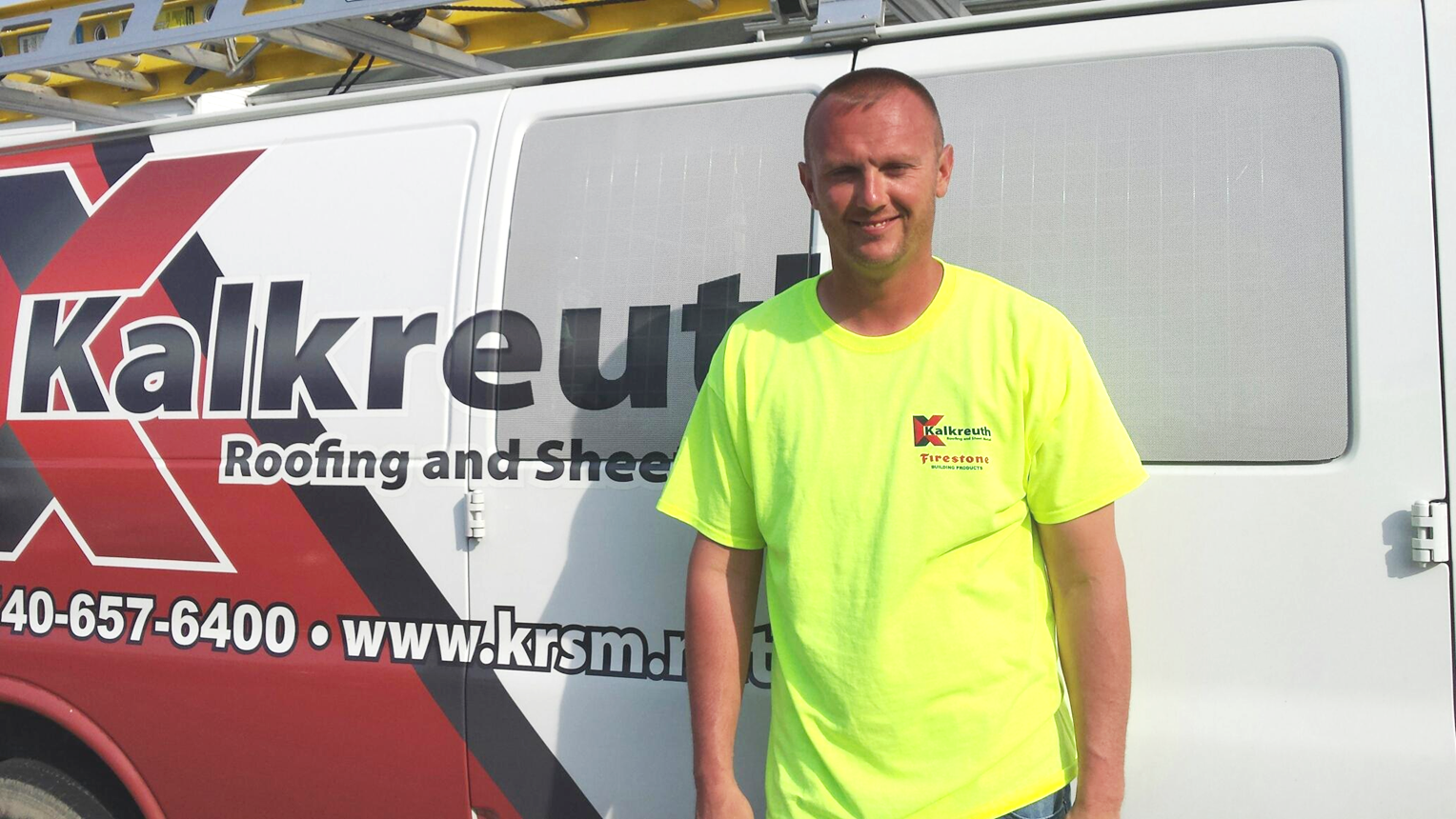 Mike began working for KRSM in 2002 as a first year apprentice, and his first project was the Great American Ballpark (Cincinnati Reds Stadium) in Cincinnati, OH with retired Project Manager (PM) Bill Zonker. He is currently working on the Lebanon Correctional Facility in Ohio with PM Paul Novak.

Mike has 15 years experience in the roofing industry and has worked on numerous high-profile projects during his career with Kalkreuth. A couple of the most memorable project for Mike were the Great American Ballpark and Ohio State University’s Northern Residential District Transformation project in Columbus, OH.

“Mike is a reliable foreman and always completes the task at hand,” said Novak, who frequently works with Mike. “He has been an asset working on this Lebanon project with its strict security measures and safety protocol.”

When asked about safety on the job as KRSM’s number one priority, Mike said “It’s everyone’s responsibility and the most important task we have on each job.”

Mike currently lives in Columbus, OH with his wife Courtenay and his three children, Michael (11), Austin (8), and Adalynn (1).

We are honored to have Mike as a member of the Kalkreuth family and sincerely thank him for his dedication since 2002.