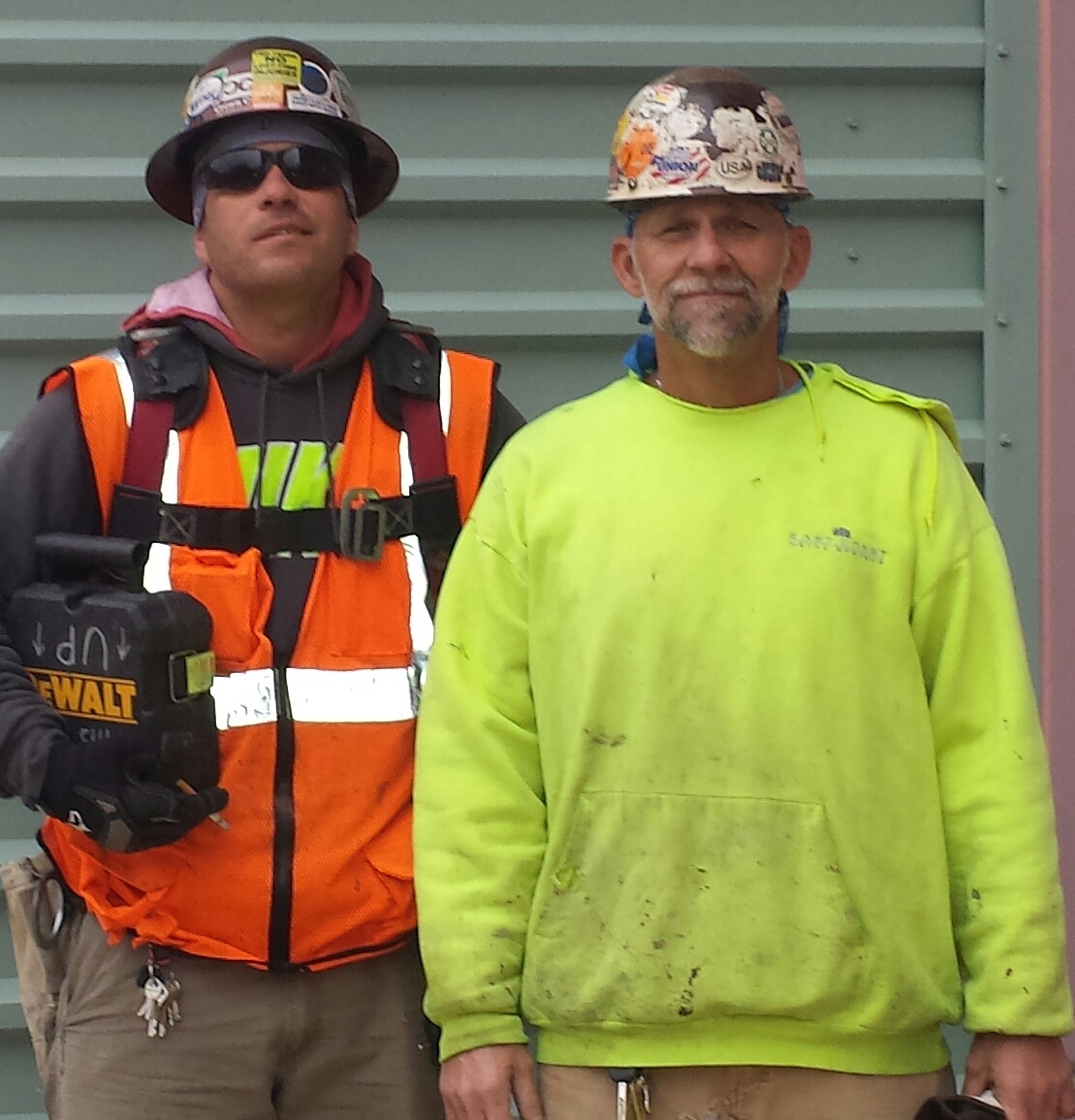 Kenny (right) began working for KRSM as a sheet metal worker in 2012, and his first project was Dunbar Senior High School in Washington, D.C. with Project Manager Chris Lemmon. The multi-million-dollar Dunbar project consisted of roofing and metal wall panels and is now certified LEED Platinum through the USGBC. Kenny is currently working on the Greater Columbus Convention Center (GCCC) in Columbus, Ohio also with PM Chris Lemmon. Kenny also made special mention of Adam Whitaker (left), who is working with him on the GCCC project, saying he is “the best right hand man any foreman could ask for.”

Kenny has a total of 33 years experience in the roofing and sheet metal industry and has already worked on several high-profile projects during his time with Kalkreuth. He noted a few of his most memorable projects including the Western Forensics Laboratory in Roanoke, Virginia through the Commonwealth of Virginia Department of Forensic Science, Andersons, Inc. Corporate Headquarters near Toledo, Ohio, and his current project at the GCCC.

“Kalkreuth is a family-oriented com-pany, and I am very happy here,” Kenny said. “Chris is the best PM and has inspired me to set goals and do more. I want Kalkreuth to be #1 by the time I retire.”

Kenny lives in Indianapolis and has three daughters, Brandi (33), Heather (29), and Taylor (21). He is also the proud grandfather to his grandsons Gavin, Owen, and Landon.

We are proud to have Kenny as a member of the Kalkreuth family and sincerely appreciate his continuous hard work and dedication since he began in 2012.